John and Will take a detailed look at The Crow, from James O'Barr's graphic novel and the inspiration behind it, to the ill fated movie in which lead actor Brandon Lee lost his life, to the three sequels and a Canadian TV series. 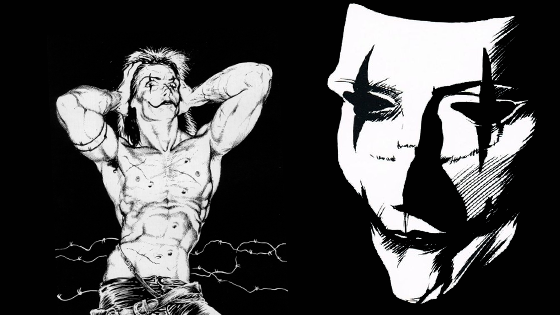 What next for The Crow? A re-making or re-boot has been banded around for a number of years with no results to be seen. Could you really see Mark Wharlberg, Ryan Gosling or James McAvoy taking on the role of Eric Draven?

If you haven't seen the original film starring Brandon Lee, then look no further than right here. You can find it on YouTube in HD.